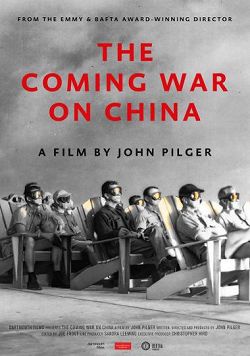 This is John Pilger’s 60th documentary film. The recipient of multiple awards, including Britain’s highest award for journalism, twice, and television academy awards in both the UK and the United States, Pilger has been a foreign correspondent and a frontline war reporter. An incisive and rare critic of Western economic and military power, Pilger’s humane eyewitness reporting has been described as a unique presence on British television that explores where others dare not go.?

John Pilger’s new film is his most urgent work to date and reveals what the news does not.?

The United States and China may well be on the road to war – and with a noose of US bases now encircling the world’s newest superpower, nuclear war is not only imaginable but a nightmarish prospect. The Coming War on China is both a warning and an inspiring story of people’s resistance to war and the occupation of their countries.?

Filmed over two years across four potential flashpoints, The Coming War returns Pilger to Asia, where his most renowned work has been set; like his landmark Cambodia Year Zero, this film breaks a silence. With eyewitness interviews and rare archive footage, it tells the secret history of an entire nation declared ‘experimental’ in the nuclear age.